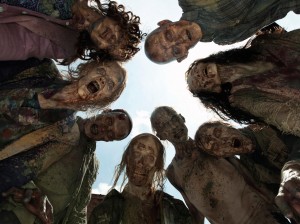 It is no wonder that debt collection is always cast in a negative light. Not only are there debt collectors out there who illegally harass and torment debtors to the point of frustration and fear, but there are also countless horror stories about debt scavengers relentlessly trying to collect on zombie debts that haunt debtors. The motivating principle behind these types of debts and debt collection practices is to intimidate debtors into paying debts when there may be no legal obligation to do so.

Zombie debts are debts that are incredibly old and should have gone away, either through payment, bankruptcy discharge, or expiration of the statute of limitations to collect on the debt. But due to the relentless efforts of debt scavengers – individuals who aggressively pursue these debts as if you still have a legal obligation to pay them – the debts never seem to go away, as if they have risen from the dead, much like zombies.

Debt scavengers purchase large chunks of old debt from other creditors, often for a very cheap price. These collectors then make every possible attempt to collect on the old, outstanding debts. By paying so little for the debt, debt scavengers make a lot of money when an unsuspecting or easily confused debtor pays even a small portion of the zombie debt.

Why Do People Pay Zombie Debts?

Debt scavengers often use high pressure techniques in combination with dishonesty and threats to get people to pay. Some people pay the debts because they don’t know that they have no obligation to pay their zombie debts, some people pay simply to make the debt collector go away, and some people pay because they feel threatened. Once a person makes a payment on a debt, even if it is a tiny payment, the statute of limitations on the debt collection may restart,  opening the debtor up to being sued for the whole debt.

Debt scavengers use a number of techniques to get people to pay, including:

All of these practices are illegal under the Fair Debt Collection Practices Act. You do not have to tolerate being treated this way by unprofessional and abusive debt collectors. You can tell them to stop calling and should consult with a debt collection abuse lawyer immediately.

If you are being harassed by a debt scavenger over zombie debts that you know are very old, contact a New York debt collection abuse lawyer immediately. Contact the Bromberg Law Office, P.C. to schedule an appointment.